« Back to all events
Home // Event // #FacesOfExchange Connection 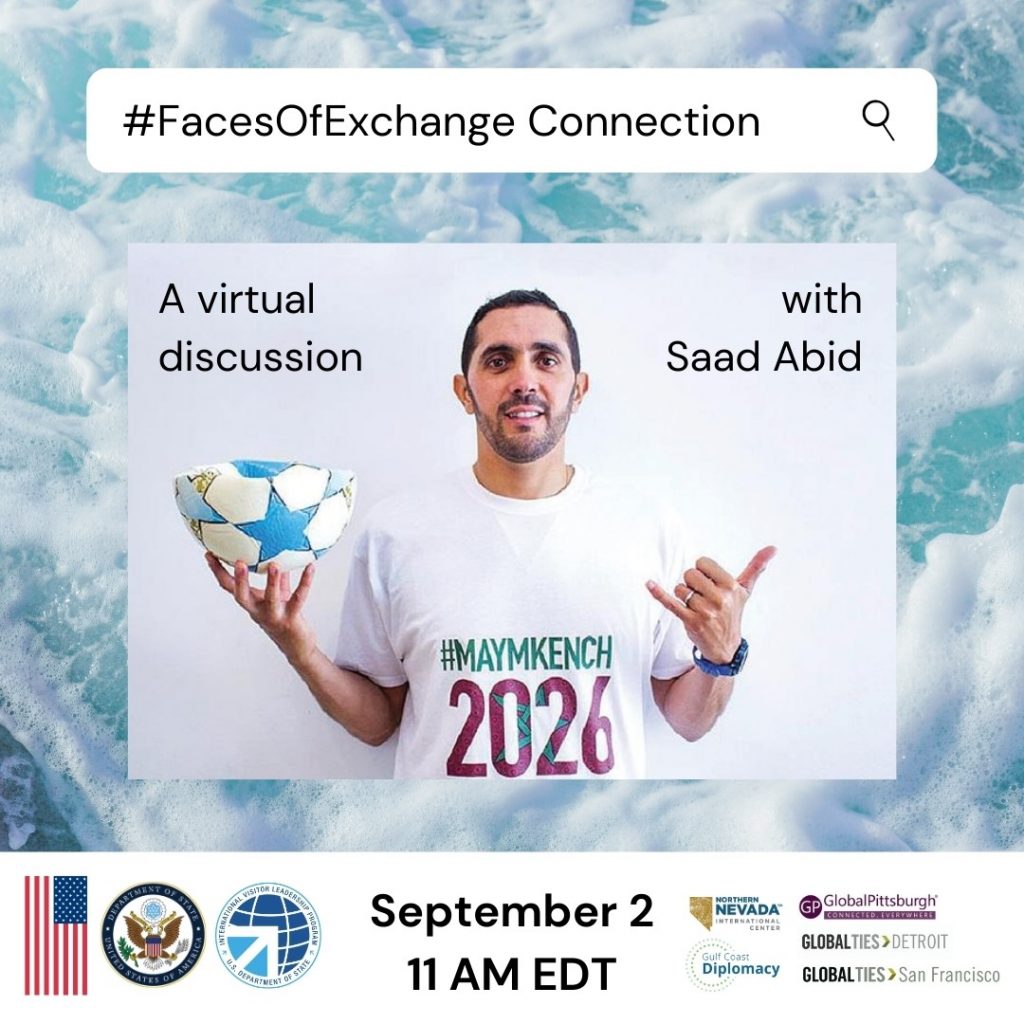 As part of IVLP’s 80th anniversary, join a discussion with one of the selected #FacesOfExchange, Saad Abid, to review his work as an environmental activist whose initiatives have local and international impact. In 2016, Abid participated in the International Visitor Leadership Program (IVLP) “Galvanizing Youth for Environmental Protection.” During the project he developed a deeper understanding of environmental issues, learned about recycling campaigns, and saw how to better use social networks and digital platforms to encourage youth activism to protect the environment. Abid was particularly inspired by an organization he visited in Washington, D.C. that leveraged partnerships to improve community health through activities in public parks in the District of Columbia. Abid returned to Morocco and launched a smaller initiative for public beaches. He has now organized 67 beach cleanups all over Morocco involving more than 40,000 participants. One cleanup included more than 5,400 participants, a national record.Abid took part in the creation of the Founders Group of the Climate Action Leadership Network, a group of 25 leading decision-makers working on climate change mitigation. He is currently president of the Bahri Association, which he founded in 2010. He is also a prominent inspirational speaker and content creator, who encourages his 400,000 social media followers to take action to protect the environment and practice sustainable tourism. Saad Abid is an internationally recognized leader in community response to climate change and a prominent social media influencer encouraging young people to take action to protect the environment.