« Back to all events
Home // Event // #FacesOfExchange Connection

As part of IVLP’s 80th anniversary, join a discussion with one of the selected #FaceOfExchange, Chunlei Liu, to review his work as a energy policy expert and environmentalist using technology to collect and analyze information to bring environmental improvements to China. Global Ties San Francisco, a division of World Trade Center Northern California, coordinated Liu’s stay in San Francisco during the 2015 On Demand IVLP project. 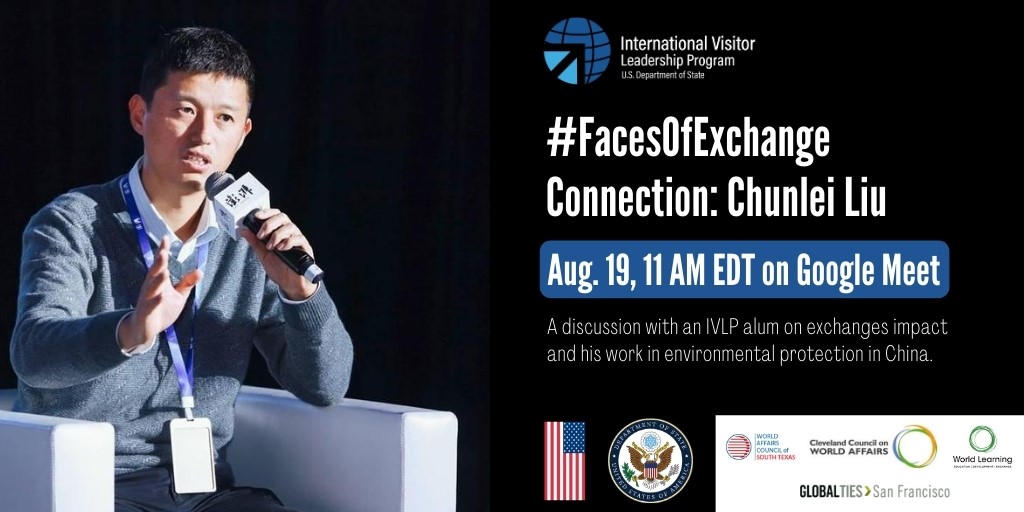 Liu will share how his exchange impacted his overall environmental work. Upon his return, he created the Shanghai Qingyue Environmental Protection Center, a non-governmental organization that reviews and collects data on the environmental impact of existing governmental policies. His center uses the data to create policy recommendations that give governmental entities information so they can improve current policies and reduce overall pollution. During his 2015 IVLP, Liu learned how various government entities in the United States work together to reduce pollution in their communities. Chunlei Liu is a forward-thinking environmentalist who is taking steps to bring cleaner air and healthier communities to China. He proves on a daily basis that the actions of one person can improve the quality of life for millions of people.

Contact Diane Lydon at 916 321 9154 or dlydon@norcalwtc.org for more information.