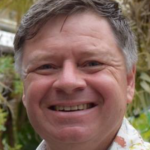 Mark Graham is Director of the Wayback Machine at the non-profit Internet Archive where he is responsible for archiving much of the public Web. He also leads the Internet Archive’s efforts to weave books into the Web. Before that he was a SVP with NBC News Digital, where he managed several of their digital properties, including a start-up live/mobile/video service for citizen reporting. He has managed many of the world’s largest online communities in the domains of peace/environment (IGC.org), gardening (GardenWeb), women (iVillage), and general conversations (The WELL). He developed AOL’s “Internet Center” which introduced the first few million people to the Internet. He co-founded Rojo Networks, an early RSS aggregation and reputation enhanced news service and lead the development of WELL Engaged, the first web-based interface for online forums. Mark’s volunteer activities include technical consulting to ISKME.org, an education non-profit, which has built an open education discovery and authoring platform, OER Commons and NSquare.org, a network of innovators committed to ending the nuclear threat.