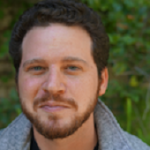 Nick Monaco is the Research Director of the Digital Intelligence Lab (DigIntel) at Institute for the Future. He is an expert in online disinformation and the usage of political bots. Nick has consulted with policymakers and technologists in both government and industry on how best to combat disinformation and maintain election integrity in countries around the world. Prior to joining IFTF, Nick conducted research on political manipulation of social platforms at Graphika, and Google’s digital rights think-tank Jigsaw. He is also a research affiliate at the Oxford Internet Institute’s Computational Propaganda Project (ComProp). Nick’s work has appeared in The New York Times, Bloomberg, The Washington Post, CNN, TechCrunch, and MIT Tech Review. He holds an MS in computational linguistics from the University of Washington and a BA from the University of Wisconsin. His research interests include disinformation, linguistics, open-source intelligence, cybersecurity, and geopolitics.