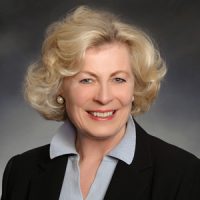 In previous years, Stirling was an appointee of Governor Edmund G. Brown Jr. to the California International Trade and Investment Advisory Council, and served on the Board of Directors of the International Diplomacy Council, the World Affairs Council of Northern California (Sacramento), the Danish-American Chamber of Commerce, and the Chile-California Council.

Before joining the CalChamber, Stirling held positions in public affairs and public relations for Burmeister & Wain A/S, an international shipbuilding company based in Copenhagen.